Back to all posts

When a song wants to be heard, it will find its way to the world.

Like the wind or like a spirit, a song can be neither touched nor seen, but it can be heard and its presence felt.   Sometimes people have asked why I sing  the Sicilian songs I do.  I always tell them that it’s because these songs want to be heard.  It is as if they want to make their presence known.

In April of 2014, Fabio Turchetti came to visit NYC and brought with him a beautiful song, Navigando col Vento del Sud.  Written in Italian, it is a wish  for happiness for each person who has chosen to navigate a different life’s journey.  I shared the song with my friend, Moffo Schimmenti, and he translated the song into Sicilian. So Navigando col Vento del Sud became Naviagnnu Cu Viintu du Sud.  Turchetti was delighted to have his song translated and loved how it sounded in Sicilian.

When I first performed it, we thought I’d sing it half in Sicilian and half in Italian.  Navigannu, however , had other ideas. With each show, I’d sing more and more of it in Sicilian until Fabio and audience reaction said to just sing it all in Sicilian.   By the time October rolled around, whenever we’d perform Navigannu, I sang it completely in Sicilian.

Fast forward to  November and a visit to Schimmenti in Polizzi Generosa, Sicily, led to a trip to see Roberto Terranova at his recording studio, U Sciauru du Suonu. There in the heart of Polizzi, Schimmenti records all his music and years ago, he had suggested I , too, one day record at the studio.  It would be a wish I’d tuck away with dreams for a later date, like the dream of one day recording with Schimmenti himself.

That later date eventually did come to pass just at the height of the olive harvest season.  We played  the song for Terranova  and he knew just what chords to add to give the song a real Sicilian folk  vibe.  In a heartbeat,  I was wearing headphones and singing to Roberto’s direction.  Finally, my voice and Moffo’s would be together on a recording.   While I sat in Roberto’s studio with him and Moffo and listened to  our version of Navigannu, the meaning of the text kept resounding in my heart: that the journey will be long and adventuresome, with lot of mornings;  that darkness and sadness leave you;  that your heart is happy and that  those nearest you are happy, too.  Navigannu took us all along on a journey as it pushed ever forward to be heard.  We may not find fame or riches on this journey, but damn, we have music! What else do we need to be happy?

If you ask me how things went from  a wistful dream to reality, I’m sure I couldn’t draw the blueprint. It must be equal parts “putting it ‘out there’ like Steve McCurdy advised me  and a song insisting on being heard.

Here’s what happens when a song makes its way into the world:  Listen to Navigannu Cu Viintu du Sud 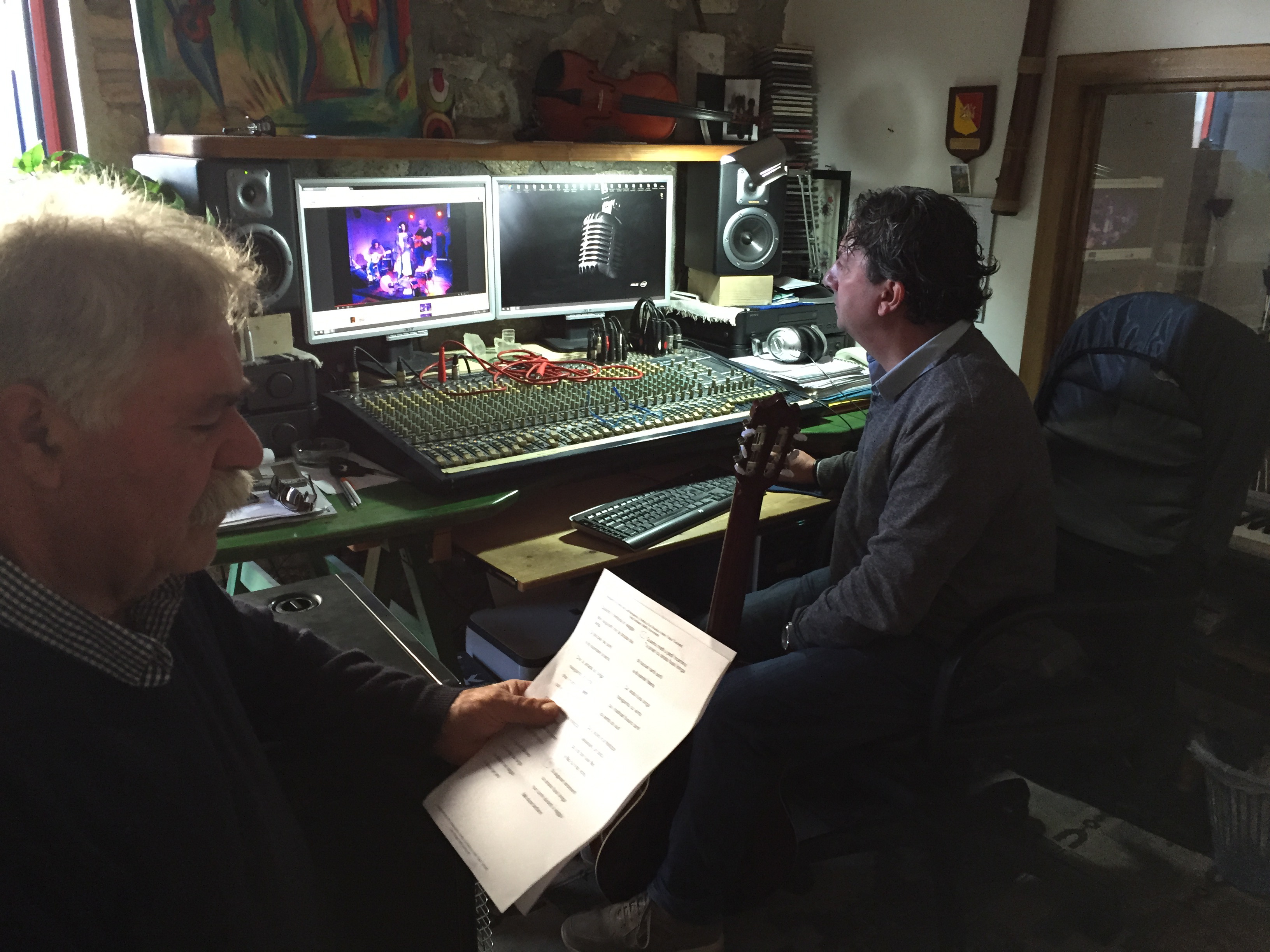 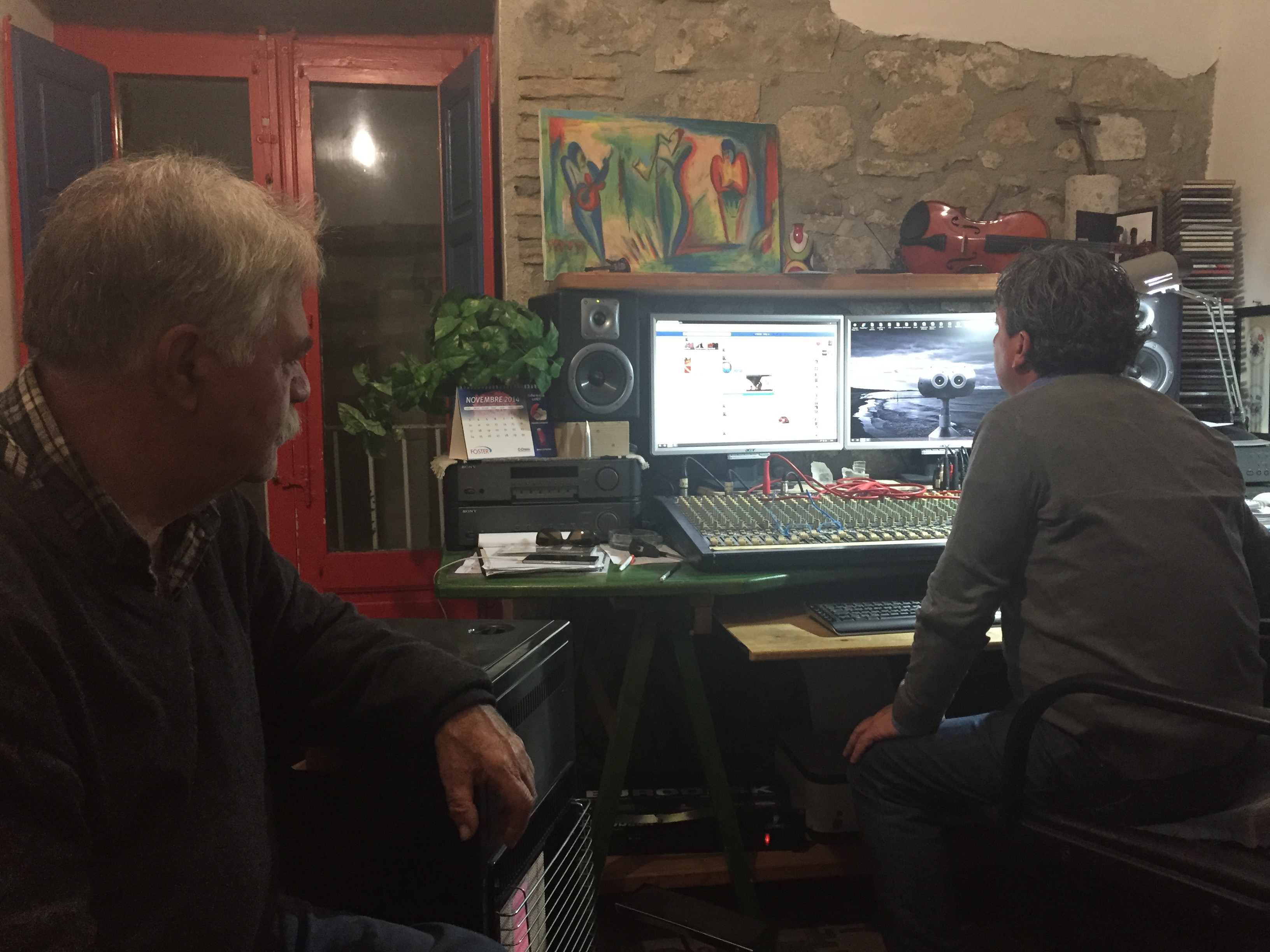