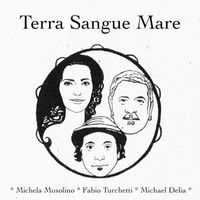 This Sicilian folk song is sometimes called, Amuri di Carrettieri/ the Love of the Carter. Anna Lomax Wood documented this song in the United States’ Niagara Frontier Region in her research of Sicilian Traditional Songs and Music, La Baronessa di Carini, 1986. For that collection of folk songs Anna worked with immigrant communities in the US to preserve the musical traditions they brought with them when they emigrated from Sicily.